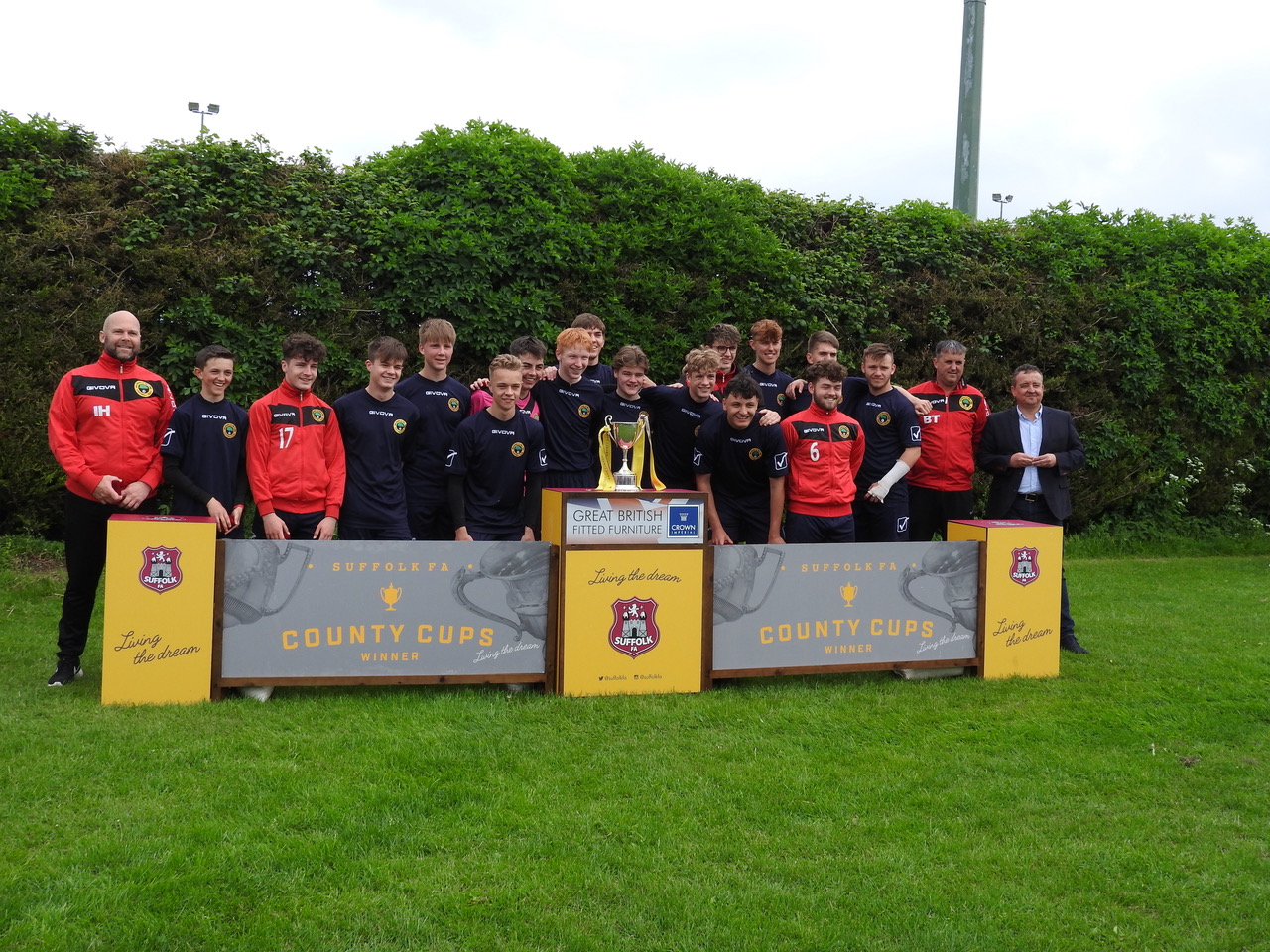 The team at Emmerson Critchley Ltd is proud to be – for two seasons now – a sponsor of the Walsham le Willows Football Club, which has ties with the firm and has enjoyed many impressive successes.The Walsham le Willows FC U13 team formed in 2014 to play in the Eastern Junior Alliance (EJA). Spread over 10 counties in the East of England with approximately 70 clubs and 175 teams, the EJA is the stepping stone between the academy levels of the professional clubs and grass roots football and is widely regarded as the best level of football in the region outside the professional clubs academy system.The Walsham le Willows FC U13 team is managed by Ian Hubbard and Barry Tysoe. Ian, who is also a member of the Emmerson Critchley Ltd team, explains: “In the EJA (Eastern Junior Alliance), the boys are required to have home and away match kits, full travel tracksuits and training kit, coats, bags etc and the sponsorship from Emmerson Critchley enabled us to provide kit to the team.”It’s been quite a journey for the team, which has performed amazingly throughout the seasons. Ian explains: “In our first season we won our Suffolk division, won the Suffolk FA county Cup and became Champion of Champions by beating all other division winners at our age group in the play offs. At U14s we finished Suffolk division winners and U15s finished joint top with Malden & Tiptree losing out to them in a division play off. This year at U16, our final season, we have again finished as Suffolk division winners, Suffolk FA County Cup and EJA League Challenge Cup Champions. In four seasons the team has lost just four league games.”Emmerson Critchley, founder and director of the firm, says: “I want to take the opportunity to congratulate Ian and co-manager Barry,  as well as all the team members and their families for the continued successes enjoyed by the Walsham le Willows Football Club. I am delighted that Emmerson Critchley Ltd has been able to provide sponsorship and kit. I want to wish all those involved the very best for future matches – exciting times ahead!”In terms of his own future with the club, Ian says: “I have been coaching since 2008 when my son Harvey (then six years old) starting playing football and although our U16s have now finished, many of the boys have stayed at Walsham to play in the Thurlow Nunn Midweek and the Thurlow Nunn reserve leagues and I will continue my involvement in both coaching and the Club by assisting in these teams. To find out more Walsham Le Willows Football Club, please visit the club website, follow them on Twitter or Facebook.

Any cookies that may not be particularly necessary for the website to function and is used specifically to collect user personal data via analytics, ads, other embedded contents are termed as non-necessary cookies. It is mandatory to procure user consent prior to running these cookies on your website.